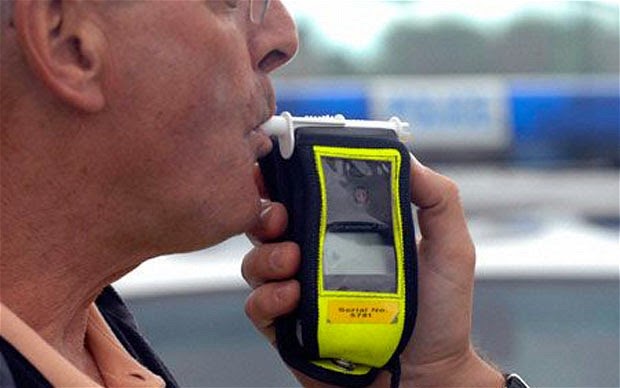 One morning recently I was stopped for a random alcohol breath test on the way home. While I was blowing into the breathalyzer a van pulling a trailer that I had finally had the opportunity to overtake a minute or so earlier was waved past. I was soon on my way again after registering zero and within minutes was driving behind the van and trailer again.
The incident inspired me to think about fate and random events. If I had not had the opportunity to overtake the van a minute earlier its driver would have been subjected to the ‘random’ breath test. I would have been waved past and on my way.
But none of this was random. Everything that happened on my journey home was the direct result of actions taken by me and others. And these actions were caused by previous actions going all the way back to the big bang. Nothing that happens is truly random. Everything is the inevitable result of previous actions.
I left for home at a certain time. I missed a turn and went a slightly longer route. I came to be driving behind a van that left his departure point at a time determined by whatever was going on in the driver’s life. The checkpoint was set up for that place and time in advance. If you had total knowledge you could have predicted the events exactly as they occurred.
But no one knows everything. That is why we have the concepts of ‘randomness’ and ‘probability’ to try and estimate unknowns. For instance there was nothing random about the checkpoint being where it was that morning or me being on that road or the other driver being on that road. An all knowing being would have known all that and would have predicted me being stopped and breathalyzed.
Everything that happens is the direct result of events that have happened before.
The event that morning was of little consequence. I had not been drinking so just drove on delayed by a few minutes. The van turned onto a different road shortly afterwards so I did not even have to overtake it again.
But I did gain a deeper insight into the stoical concept that the course of events is set and cannot be changed. Now that you are aware of this inevitability, paradoxically, it allows you more control over adverse events and perhaps to ameliorate any bad effect on you.
And your new awareness of the need to examine likely scenarios is an inevitable consequence of actions taken by you and others. This was entirely predictable to someone with the knowledge that you would read this and other similar material.
You ask if you can ever have total knowledge of everything going on?  And if not how is this insight of use? You do know part of it – you know what is going on in your own mind and near you. Instead of living within your body take ‘a view from above’. Imagine you are not in your own body but looking down on yourself from the ceiling. See your actions and how you interact with others. Observe yourself as you would observe others. How do you appear to third parties? Are you popular? Do they think you are clever?
Look at others from a similar vantage. What are they thinking? What are they doing? Now as a result of what you can see, predict the next few events in your life. The things you do yourself should be entirely predictable if you have planned your day. You will probably notice that the actions of others as they relate to you are also somewhat predictable.
Obviously, you cannot know as much as an all seeing observer. Actions of some people you do not know may influence events. You did not expect the telephone survey to occupy 15 minutes of your time delaying your day. But if you had total knowledge of that person’s calling schedule the call to you was entirely predictable. But how often does this kind of outside interference affect our lives?
This prediction of future events is known as predestination or determinism and is a well-known concept in religion and philosophy. Predestination is a core belief of Calvinism. Depending on the will of God some are chosen and some are damned and their actions follow.
Determinism is independent of the influence of God or existence or not of an afterlife. It is a well-known concept in Eastern religions such as Buddhism as well as in Western Philosophy. The concept of all-knowing observer was presented in the early 19th century by the French mathematician Pierre-Simon Laplace. He wrote a treatise on causal or scientific determinism and the all-knowing observer is now referred to as Laplace’s demon or Laplace’s superman. If someone, the demon, knows the precise location and momentum of every atom in the universe, their past and future values for any given time can be calculated from the laws of classical mechanics. With this knowledge the demon can predict everything that happens in the universe.
To do this would require an immense computer and knowledge. Many have ‘proven’ that is not possible. However, absence of proof in this case is not proof of absence. Just because our current state of knowledge cannot construct such a computer does not mean it is not possible at some time in the future.


To begin with don’t think so big. Take 5 minutes each morning to predict the events of your day. You won’t be able to predict the actions of all external actors that affect you. However, if you are honest the prediction of your entire day will be surprisingly close to reality.
Posted by Unknown at 23:15