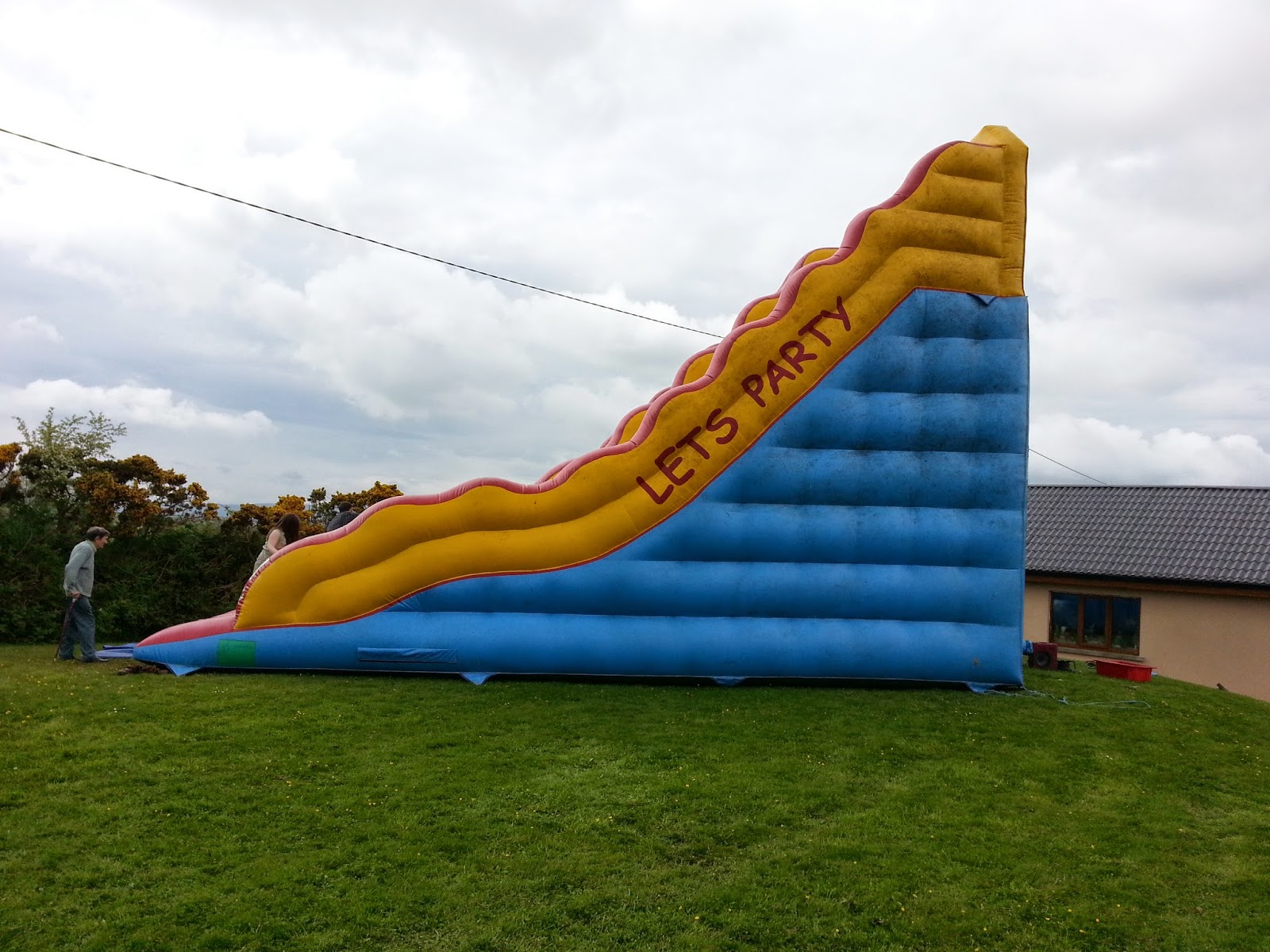 Last week I read Robert Ringer’s blog post as I always do. Robert repeated one of his usual messages about the importance of taking action. The famous quotation of Theodore Roosevelt came to mind

The downside of the occasional wrong action is much less than the problems resulting from delaying taking action. In one job my boss used to refer to this as paralysis by analysis. In many cases you look for too much information and don’t do anything. It is often said that you should fail fast and often and this is the best way of succeeding.
I resolved to stop delaying. I resolved to publish my book as soon as possible. I have to review a few parts with some people and should just hurry up. But immediately I worried about my son’s First Communion party on the coming Saturday. He wanted me to hire a bouncy castle. So naively I phoned a few companies locally. There was no bouncy castle available for Saturday. Of course most Holy Communions are on Saturdays in May and many parents are pestered to do likewise. One company told me that she was booked up for months and some people are booking bouncy castles up to a year in in advance!
Undeterred and with my new found commitment to take action I decided I would buy a used bouncy castle and sell it on after the party. I expected the difference in price would be less than the cost of one day’s rental. So for some hassle and short term cash flow I would have a castle. So I looked on Donedeal, Ireland’s foremost trading website. There were a few small castles 50 miles away, but it was the massive inflatable slide near Wexford town, my location, that caught my eye. The price was a bit more than I wanted to pay but with the intention of recycling the sale this was not such a big issue.
I phoned and visited the seller in a village just outside Wexford where I had actually gone to primary school. The seller had been in my brother’s class. The slide was huge. We got the pump going and as the slide rose to the heavens I asked the seller how he had come to own it. He trades and renovates used shipping containers, that are often used as temporary lockable stores on building sites. He bought a container and the seller told him that he would also have to buy the slide if he wanted the container. After selling the container he would have nowhere to store the slide.
I told him I had a 20 foot container that I bought when I built my house 8 years earlier. He said he would be interested to trade and would look at the container later in the evening. When he looked he valued the container at the same as the slide. I agreed, and best of all he would deliver the slide and take the container the day before the big communion party.
I emptied the container that evening. I moved junk that had been in it for 7 years since I completed building my house. Leaving the container there was the opposite of speed of action. I was glad that the deal had forced me to do something I should have done years earlier. I found space in the shed for stuff worth keeping and space in refuse bags for all the trash. I then arranged neighbors to move the container to a more accessible position. He delivered the following day, Thursday, in plenty of time for the party.
The party was great. The kids loved the slide. It was so much bigger and better than the average bouncy castle. The downside is that it is difficult to move. I will keep it for a few months until the kids are bored with it before selling it.


It tells me the importance of taking action soon. If you want to do something and it is very difficult remember few things are impossible. Take action today and you will succeed.
Posted by Unknown at 22:54