Beauty and the uncannily evil monster 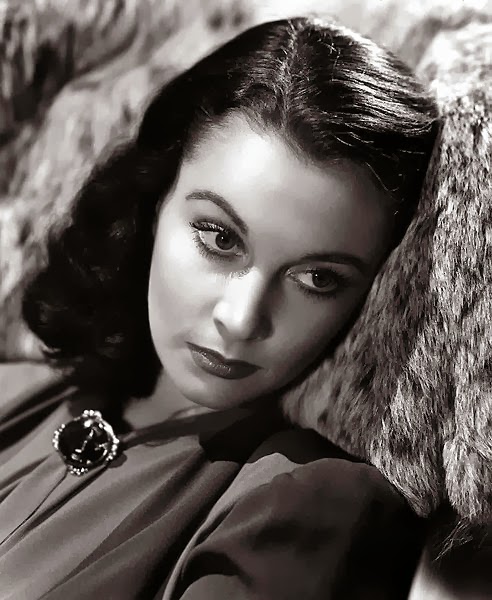 What do the writers Ernest Hemingway, Charles Dickens, and Stephen Fry; the singers Frank Sinatra, Sinéad O’Connor, and Kerry Katona; the actresses Catherine Zeta-Jones, Marilyn Monroe and Vivien Leigh all have in common? There are all intimately acquainted with what Laurence Olivier called the uncannily evil monster – manic depression – bipolar disorder. Daniel Goleman describes bipolar disorder as a cycle of paralyzing depressions alternating with manic episodes that mix chaotic elation with grandiosity, with irritation and rage. Like Olivier I am personally acquainted with this monster.

Today on the centenary of her birth I would like to remember a great actress. Vivian Mary Hartly was born on 5th of November, 1913 in Darjeeling, India. Her father Ernest Hartly was a British cavalry officer. Her mother Gertrude Mary Frances (Née Yackgee) a half Irish, half Bengali catholic. Vivien was raised catholic and her mother also instilled in her a great love of stories. She even had her perform on a stage at age 3. At age 6 she was sent to a convent boarding school in England and one of her friends there was Maureen O’Sullivan. She told Maureen she would be a great actress. At age 14 her father took her out of school and she travelled Europe with him.

At age 18 she returned to London and enrolled in the Royal Academy of Dramatic Arts to train to be an actress. Soon after she saw barrister Herbert Leigh Holman, 15 years her senior, riding a horse and decided she would marry him. In 1932 she married Leigh Holman and 10 months later their daughter Suzanne was born. She had given up RADA when marrying but soon started to take on small roles in movies and plays. Her agent was not happy with the name Vivian Holman and wanted her to call herself April Morn. She didn’t but he was happy when she took her husband’s middle name and changed the spelling of Vivian to use an e to distinguish her name as female.

She got bigger and bigger roles in plays and was soon introduced to Laurence Olivier. They played lovers in the play ‘Fire over England’ in 1937 and during its run became lovers. They moved in together but their respective spouses refused divorces at the time. He saw a glimpse on the monster when she played Oephelia to his Hamlet in Elsinore, Denmark. She had a major mood swing but they patched things up.

While recovering from a leg injury at that time she read the Margaret Mitchell novel ‘Gone with the Wind’. She was determined to play Scarlet O’Hara in the upcoming David O. Selznick production. It so happened that Olivier’s agent in America was Myron, Selznick’s brother and he worked to get her the role. He brought her to the filming of the first scene – the burning of Atlanta – the burning of some old sets at MGM in Hollywood and she was introduced to Selznick and got the role. She worked very hard at it and was duly rewarded with the best actress oscar. She was now a big star.

In 1940 Vivien married Laurence Olivier after Jill Esmonde agreed to divorce Olivier and Holman agreed to divorce her. Jill got custody of Olivier’s son, Tarquin and Holman custody of Suzanne. She worked a lot in the 40’s with and without Larry. After a miscarriage in 1945 she became profoundly depressed. There were now frequent rows between the two. On a tour of Australia and New Zealand in 1948 they had frequent disputes. She refused to go on stage in Christchurch and he slapped her and she hit him back. She was also sexually insatiable at the time and he could not satisfy her. She frequently propositioned delivery men and others. Larry was a bit relieved when she started an affair with actor Peter Finch.

She soon started work on her other great role, again as a southern belle. For 9 months she played Blanche Dubois in the Tennessee Williams play, ‘A Streetcar named Desire’. She acted in the movie with costar, Marlon Brando. She won her second academy award, but the role was difficult. Playing a mentally unstable character tipped her into madness. Throughout the 50’s she worked on often with Olivier. However, the moods of anger or depression were becoming more frequent. Her affair with Peter Finch ended. Larry could no longer manage her. Her ex-husband, Leigh Holman, often moved in to help smooth things. In 1958 she met actor Jack Merivale. He was aware of her condition and told Olivier he would look after her. She lived with him until the end of her life. Olivier remarried Joan Plowright in 1960.

On the 7th of July, 1967 Vivien Leigh died in her home in London of tuberculosis. Olivier helped with the funeral arrangements. He said of her

“I shall never love anybody as much as Vivien but it isn't possible to live with her and do my work. I just can't keep it up. She's too exhausting for me.”

“Throughout her possession by that uncannily evil monster, manic depression, with its deadly ever-tightening spirals, she retained her own individual canniness – an ability to disguise her true mental condition from almost all except me, for whom she could hardly be expected to take the trouble.”

Today on the centenary of her birth please all think about Vivien and her family. Please also think of the millions of others and their families who have to deal everyday with the uncannily evil monster, manic depression, bipolar disorder.
Posted by Ulick Stafford at 07:04 No comments: