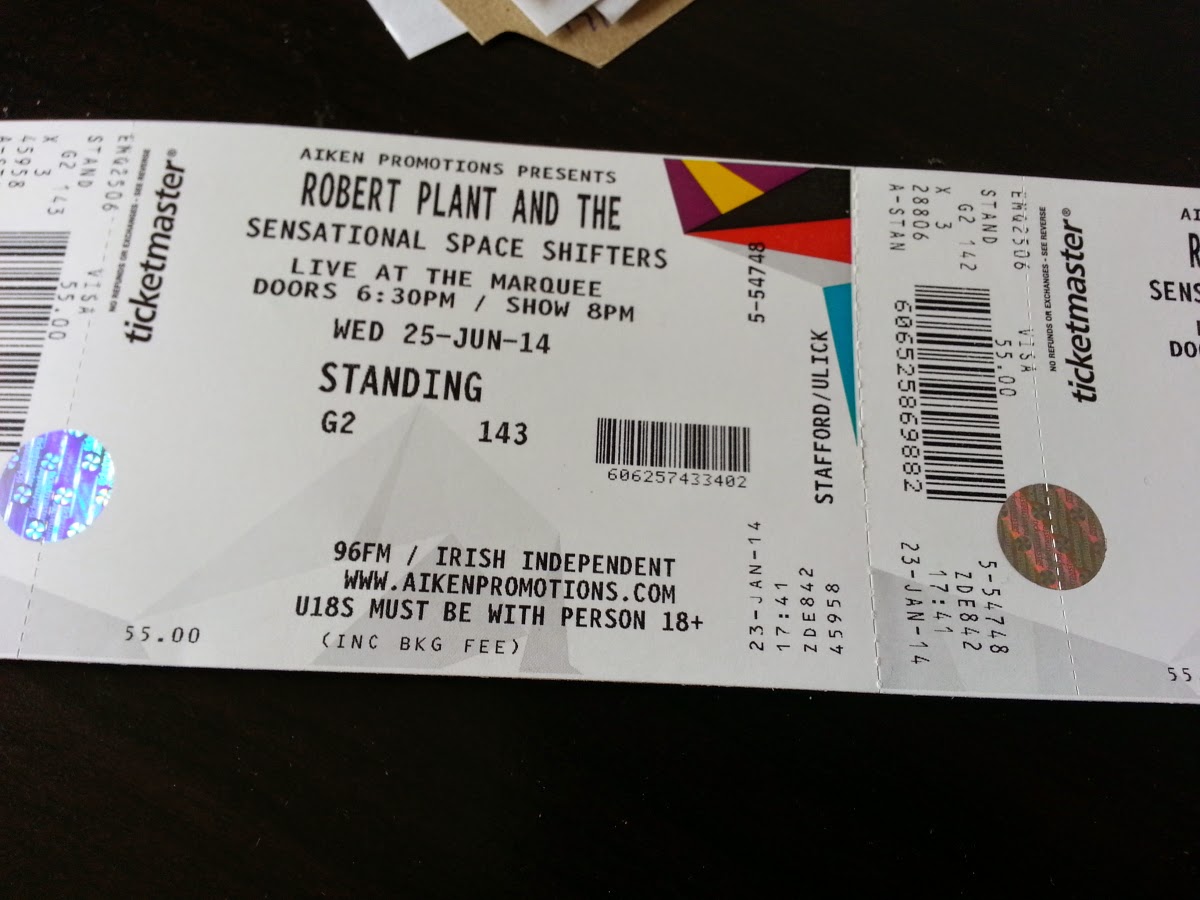 I learned a lesson this week about how far I have come in absorbing the lessons of the great stoics, in particular Seneca and Marcus Aurelius. The source of the lesson was the Post Office.
I had bought tickets in January for a concert by former Led Zeppelin lead singer, Robert Plant, and his band the Sensational Space Shifters to be held at a venue in Cork this week 120 miles (200 km) from my home. This week I had car trouble, a series of appointments and am preparing to go on vacation next week. I decided to give the concert a miss and posted the tickets for sale on donedeal for half price.
I sold them with no difficulty. However the main issue on Monday evening was how to deliver the tickets to a customer in Cork and get paid in time for the concert on Wednesday evening. The Post Office delivers practically all post next business day so I was confident this would work. I agreed that the buyer could pay me by check when he received them – after all I had his name, address and phone number! I posted the tickets on Tuesday. To make sure I paid extra to send it Express Post which provided a tracking number. I didn’t bother paying 2 euro more for signature service.
The buyer phoned me around midday on Wednesday to say it was after his post delivery time and there was no sign of tickets. I checked the tracking number on line and there was no mention of the letter after 21:43 on Tuesday at the National Sorting centre. I made a few calls to no avail. I read the terms and now realised that my decision not to pay 2 euro more for signature also meant I had no insurance cover and would only be due a refund of my postage for failure to deliver the next day!
Even up until relatively recently I would have become quite incensed about such an incident. I was justified to become angry with the Post Office for failing to deliver next day as promised. I could become angry with myself for not asking about insurance when paying for postage. I could be angry at the postmaster for not telling me about insurance. But for what benefit? I was out of pocket anyway for tickets since January. I did not have the pay the additional expense of travelling to Cork. The only new loss was that I will not receive 60 euro payment for the tickets.


But I am healthy. I am only out a relatively small amount of money. I have learned important lessons. Don’t sweat the small stuff. Ask about insurance when posting something valuable. And don’t rely on the Post Office if you really need to guarantee next day delivery.
Posted by Ulick Stafford at 03:25 No comments: 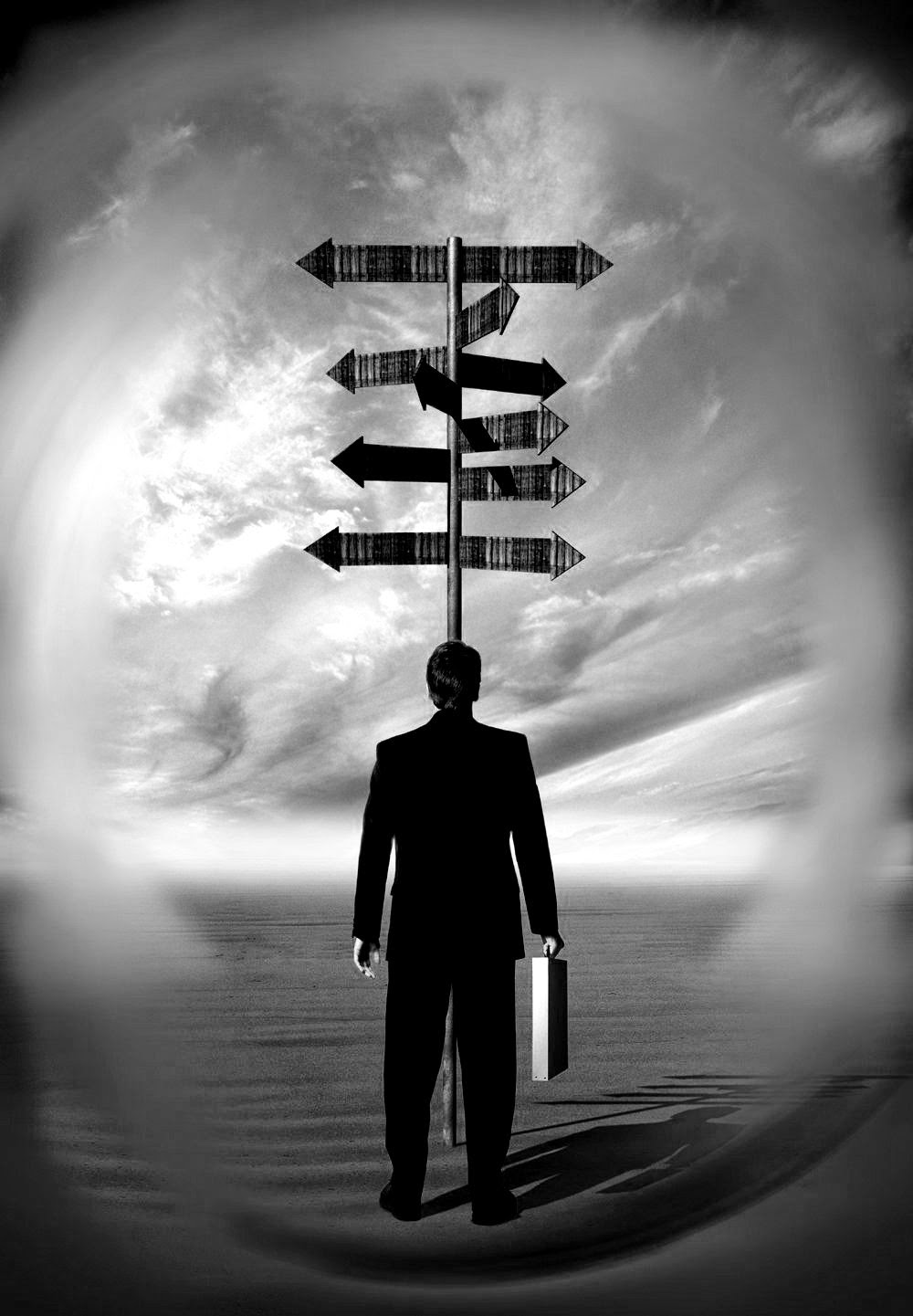 To get whatever you want follow the six-step plan. Decide what you want, what you will do for it, your timeframe, your plan, summarize all in a short statement and repeat every morning and evening.

The first step on the path to success is to know the path to success. As the old saying says, if you don’t know where you are going you will never get there, or as Yogi Berra put it, “If you don't know where you are going, you might wind up someplace else.” Napoleon Hill considered desire to be the first step on the path to success. You have to want success as badly as Socrates’ submerged student sought air. Hill interviewed many people who had achieved great things in life, and all knew what they wanted. They desired their goal above all else.
When Hernán Cortes set out to conquer the Aztec empire, it is said that he burned his ships to prevent retreat. This has gone down in lore as the ultimate act of ensuring that there will be no going back. By removing the path of retreat you heighten your men’s desire to succeed in battle.
You can follow a similar course on the path to success. If you give up your job with no chance of return before you set up your dream business, you have given yourself a very strong motive to succeed. If you have the option of return, this “packed parachute” will probably lessen the chances of success of your business.
The path to success may not be the easiest path. After the great fire in Chicago, most of the city-center traders took the easier option: they left to establish stores on greenfield sites in western cities that were expanding. One exception was Marshall Field, who rebuilt his store where it had been. The store is still the most famous in that city.
Hill identified a straightforward method of achieving success. He verified the validity of this method by asking very successful men of his time, Andrew Carnegie and Thomas Edison, what they thought. They agreed that it was the best course to any success in life – not just money.

In addition, when you are reading the statement, picture your success. Believe that you have already achieved your goal. If it is money, picture a bank statement with that amount on it. If it is a new car, picture yourself driving it. Enjoy the picture. Include in your picture yourself doing whatever you need to do to earn your dream. Stick to this plan and you will succeed.
I used this exact formula for writing this book and others. I made the following statement, which I read aloud as part of my daily prayer morning and evening. “I will sell a million books within five years by writing books people want to read. My first book will be published in 2013. I will write something every day.”
You can see all four elements in this statement. To sell a million books is a definite measure of success. I will do it by writing books people want to read. This is important. I am not writing this because it is what I want to write, although I do enjoy it. I am writing it because it is what you want to read and are willing to pay for. I have set a timeframe – 5 years to achieve one million sales. I have set a plan. My first book will be published in 2013. I will write something every day.
As stated earlier, Graham Greene wrote brilliant novels by writing 500 words a day. I can manage that many words. I read over material to inspire me before going to bed at night. I wake up an hour earlier and write before starting to get myself ready for work and the kids ready for school. The method works. It is not difficult, but some effort is required.
Hill practiced what he preached. He wrote “Our only limitations are those we set up in our own mind,” and this philosophy was put to the test when his son, Blair, was born without ears. He decided that he would instill in his son a burning desire to hear and speak. He discovered that his son could detect loud sounds at the base of his skull when he listened to records by biting the record player. Blair could hear when Hill shouted with his lips at the base of his skull.
Gradually Blair heard enough sounds that he could speak. His parents insisted he go to regular school even though he could hear little. He got by. He had great drive and ambition to succeed. They refused to allow him learn sign language – a bit like ship burning.
Eventually, when in college in his early 20s, Blair tried a new hearing aid that allowed him to hear perfectly. He was thrilled, and dedicated his life to helping people learn to hear. Doctors who examined him could find no trace of natural hearing equipment, but hear he did. Hill put it beautifully when he wrote “Truly, my son taught me that handicaps can be converted into stepping stones on which one may climb toward some worthy goal, unless they are accepted as obstacles, and used as alibis.”
When you desire something badly enough, you will succeed. As I always say, if you want to do something you will find a way; if you don’t, you will find an excuse. There is no reason why you will fail if you use this approach. Follow the simple six-step process and go for it.

This is an extract from ‘Improve your life’ by George Nicholas. It is based on ideas of Napoleon Hill from ‘Think and Grow Rich’.
Posted by Ulick Stafford at 22:59 No comments: