Lesson in stoicism learned from being short changed 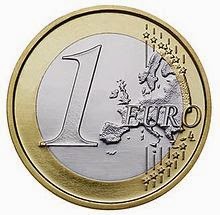 On holiday in France I made a morning trip to the campsite’s bakery for fresh baguettes. The price each is 90 cents and I bought 3 for a total of 2.70. I paid with a fiver. I was talking in French and could blame this for my carelessness, but is it a real excuse? Money is a common language in the Euro area. I should have received 2.30 in change. However, as I hastily put the money in the change compartment of my wallet I only noticed one euro coin as well as small money. Shortly afterwards, as I walked home I realised that I had only received 1.30 in change.
There is a lesson. It is a cheaper lesson than the last one about the concert tickets, and one that I can solve with only a small adjustment to my behaviour. I decided that the mistake was genuine on the part of the shop assistant who gave me a one euro coin instead of a 2 euro coin by accident. I could easily prevent it happening in future by looking at my change and counting it at the counter before putting it in my wallet. The one euro this lesson cost me could save me many times that in future by this new adjustment to my behaviour. Later on when I bought drinks I always looked at my change and counted at the bar. It was always correct but soon I expect I will reap the benefit of my lesson.


But more importantly that the money I will save myself in short changing in future is the lesson I reinforced about not sweating the small stuff. The major benefit was that I could take a minor annoyance and not overreact. I was out of pocket by one euro – very little. I often willingly make decisions that cost me much more than that. I had decided that instead of being annoyed with the shop assistant for not giving me correct change, or being annoyed with myself for not taking a moment to check, I decided that I had just learned a very important lesson and it had only cost me one euro. That outlook on life is priceless.
Posted by Ulick Stafford at 14:03 No comments: